How to discharge of residence a former spouse from an apartment or house?

How to discharge an ex-husband? 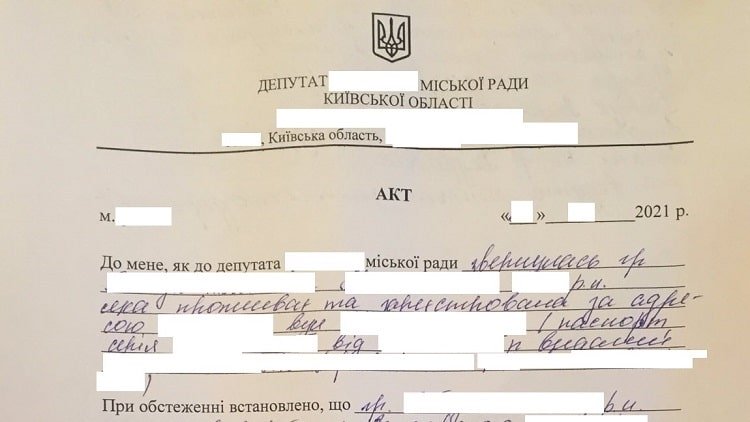 Marriage is responsible the moment that changes the whole habitual lifestyle of the spouses. In their desire to please husband and wife, they often help each other. This behavior is natural and in line with their interests while they are married. But if the civil status of the parties changes to - "divorce", then the spouses give a lot of trouble to the ex-husband or wife.

The ex-spouse does not want to be discharged of residence . The essence of the dispute.

Housing issues are no exception. Almost always, in the process of living together, the spouses live together in the same dwelling. Very often, spouses or their relatives register (give residence) to a second spouse in their living quarters. Everything works fine, but the marriage can be dissolved (how to dissolve a marriage read here) and after that, not all former spouses are in a hurry to check out of housing that does not belong to them. Some simply do not consider this to be their problem, while others deliberately refuse, seeking to create problems for the former family, or with the aim of continuing to use the registration (residence permit) for their own needs.
When the owner contacts the state authorities that carry out the extract (deregistration), he will be refused and will not be able to discharge the former family member without his participation. The refusal will be completely legal and, of course, it is possible to appeal against it in the administrative procedure, but this will not bring results.
But there is still a way out. The nature of such a dispute between the owner and the former family member is related to the Civil Procedure. Therefore, the issue can be resolved by filing a civil suit against the ex-spouse.
The category of such cases is called - on recognizing a person as having lost the right to use a residential premises.
Such a claim, if there are grounds and evidence, will be satisfied, and the court's decision will allow the owner to write out (deregister) the ex-husband (or wife) by independently contacting the relevant government agencies.

Grounds for a claim for recognizing a person as having lost the right to use the dwelling.

The reason for the discharge of the ex-husband (or wife) may be the fact that they have not been living for a long time in the room in which they are registered. For persons who are not relatives of the owner, the period of non-residence giving grounds for filing a statement of claim is 6 months. However, in the case of the ex-spouse, this period will be 12 months, since, according to the law, the ex-spouse is equated to a family member.
Other reasons that violate the rights of the owner may also be indicated - the right to dispose, not participating in the costs of maintaining the premises, the impossibility of obtaining a subsidy by the owner due to the registration of the former spouse.
If the ex-husband (or wife) still lives in the premises and is registered here, then other grounds must be indicated. And the category of the case also changes to a more complex one. In this case, it is necessary to ask the court to additionally evict the ex-husband, which, based on the practice of the Supreme Court, will be more difficult to do.

Evidence for a claim for recognizing a person as having lost the right to use the dwelling.

Before submitting, you need to collect evidence that will confirm the absence of the ex-husband (wife) in the apartment for a year. These can be acts of the management company, neighbors, certificates of neighbors, which must be collected in advance within a year, the sooner the better. Or other evidence that will confirm the absence of an ex-husband (wife) for a year.
Evidence can be:

Pic. The deputy's act for a private house on the non-residence of a person in a residential building: 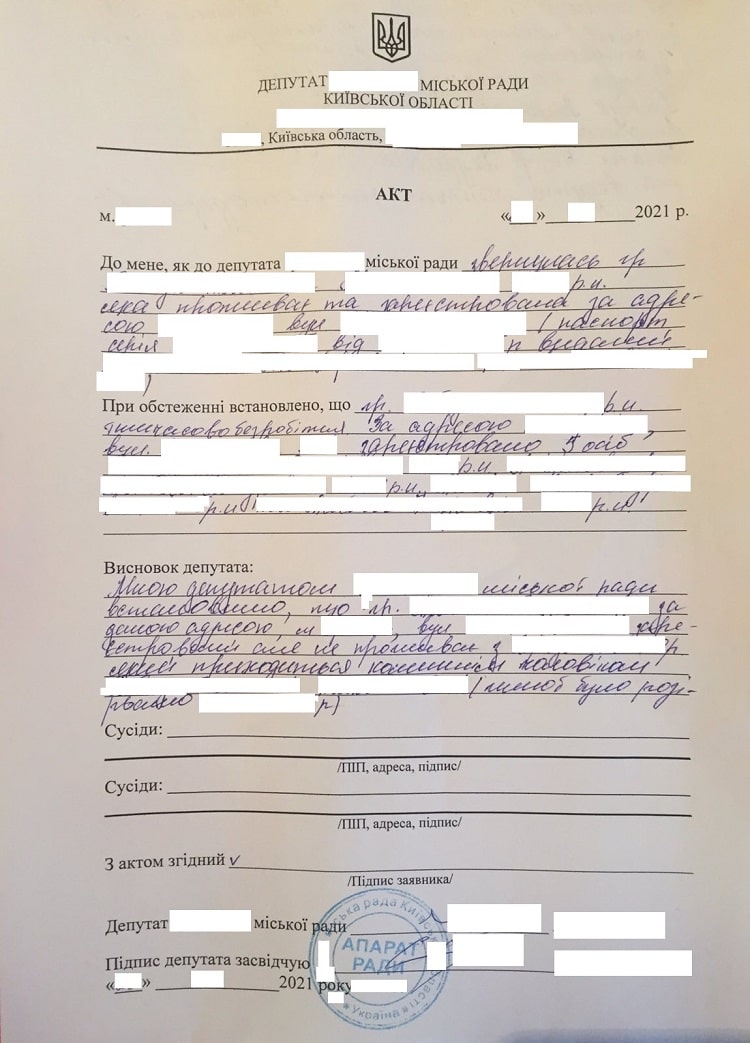 The filing of a statement of claim for the recognition of a person as having lost the right to use the living quarters is carried out in court, according to the rules for determining jurisdiction in the Civil Procedure.
Consideration can be in the order of general or simplified civil proceedings.
If there is a sufficient amount of evidence, the court can decide to consider the case in a simplified manner without summoning the parties, which will significantly reduce the time for obtaining a decision.
Before filing a statement of claim, you need to pay the court fee, which is now UAH 908.00.

You can get help in the discharge (deregistration) of a former relative from our lawyers. You can order a full case management or a separate statement of claim through our website - by phone or through the service order form on our website https://www.yurdopomoga.com.ua.
We will be happy to help.

Quick order to discharge of residence a former spouse

+38 067 3979865 (WhatsApp, Viber, Telegram)
This email address is being protected from spambots. You need JavaScript enabled to view it.
Desktop Version